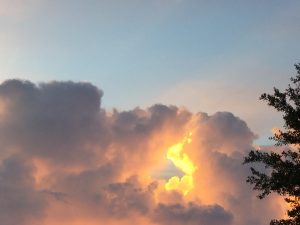 Meditations into the Dimensions of  Consciousness

According to ancient sacred teachings and scientific theory, a dimension is a status of consciousness and a way of structuring varied levels of existence corresponding to vibrational rate. Everything in the universe is made up of spiritual energy or light that is vibrating at different frequencies. Even solid objects are made up of vibrational energy fields at the quantum level. A molecular vibration occurs when atoms in a molecule are in periodic motion. The frequency of the periodic motion is known as a vibration frequency. Each of the dimensions has precise laws and values related to the vibrational frequency of the dimension. Solid objects are a slower vibration of energy; a faster vibration is more spiritual. Everything is in a state of vibration which determines its form and substance.

This also corresponds to the subtle body which is one of a series of psycho-spiritual components of living beings, as explained in various religious, scientific, esoteric, and mystical teachings. This is a part of the human soul. The subtle body parallels a plane of existence, in a hierarchy or boundless chain of being that progresses into a physical structure. The etheric is a subtle or vital body which is the first or lowest layer in the human energy field or aura. It is in immediate contact with the physical being to maintain it and bond it with the higher bodies. The etheric body remains in contact with the physical. [1] The emotional body also called the astral, is between the intelligent soul and the mental body. It is comprised of a subtle matter. This concept is stated in the philosophy of Plato. It is related to an astral plane, consisting of the planetary heavens of astrology. The Astral corresponds to world religious beliefs in the afterlife. The soul’s journey is portrayed as a blissful, mystical out of body experience. The spiritual essence leaves the physical and travels into higher realms of consciousness. There are many descriptions of heaven, hell, and purgatory related to the astral plane. Numerous religions describe astral phenomena. The astral form is sometimes said to be visible as an aura of swirling colors. It is associated currently with out-of-body experiences, near-death experiences, and astral projection.

The mental body of the mind is one of the subtle bodies in esoteric philosophies, religious teachings, and spirituality. It is made up of thoughts, just as the emotional consists of emotions and the physical is made up of matter. In transcendent understanding, thoughts are not just subjective, but have an existence apart from the associated physical organ, the brain. The Causal refers to the highest or innermost body that veils the atman or true soul. The causal plane is a high spiritual plane of existence. The Causal is one of the three superior bodies, and it is the one that shows the results of cause and effect. It is the vehicle of the Human Soul. Energy healing techniques such as Therapeutic Touch have found recognition in the nursing profession. In 2005-2006, the North American Nursing Diagnosis Association approved the diagnosis of energy field disturbance in patients. [2]

An aura or human energy field surrounds the body and is part of a complex meridian and chakra system. The aura is described as a subtle body. Psychics and wholistic practitioners can see the size, color and type of vibration of an aura. Alternative, wholistic medicine, confirms that the human aura is part of a spiritual anatomy that affects the health.   It is comprised of centers of vital force called chakras which includes the Meridian System. Energy medicine, energy therapy, energy healing, or Spiritual Healing are branches of alternative medicine based on the belief that healers can channel healing energy into a patient and effect positive results. We cannot heal the body without first healing the soul. There are several methods of hands-on and distant or absent healing where the patient and healer are in separate locations. This includes prayer. The only true source of Energy is God. This is important. The multidimensional anatomy is related to the dimensions of consciousness. [3] God created science and God is the greatest scientist. In the beginning, there is order, mathematics, geometry and the music of life. It is so complex that the human mind is unable to comprehend. The complexities of creation are beyond reach to the human mind that is encapsulated within dense matter. The concept of individual self and unity with God encompasses everything that exists. Everything is available as we free the mind. Healing Prayer bestows the ability to change our thoughts, feelings, mental outlook, and perception of events. We center our mind upon the goodness of God. Emphasis is on absolute restorative love.  Healing occurs in the presence of God’s Sacred Love. Motivation for healing begins with a caring heart. Inner healing is a method of healing the mental or emotional cause of a disorder. In order to prevent re occurrence, it is important to resolve issues that contribute to its cause.